In 2017 and 2018, Kayangan was hit by a series of anti-government protests across the country. To ease the anger of the people, President Dewa Artaruna Raja has launched an initiative known as the Happy People's Initiative. Among the objectives of the initiative is to entertain the people with sports. 2018, the Office of the Sports and Entertainment Commissioner has been created under the Office of the President. The Office of the Commissioner of Sports and Entertainment has outlined three major sports that will be launched on a large scale - football, sepaktakraw and rugby. So officially the Liga Bolasepak Kayangan is set up in 2019.

Liga Bolasepak Kayangan has been controlled by Office of the Sports and Entertainment Commissioner under Office of President.

The single lowest-placed teams relegated to the Liga Kampung and replaced by the one top teams in that division. 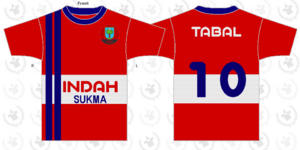 Retrieved from "https://melayu.miraheze.org/w/index.php?title=Liga_Bolasepak_Kayangan&oldid=1117"
Categories:
Cookies help us deliver our services. By using our services, you agree to our use of cookies.