Mount Fairhorns or Fairhorn Peak is Springmont highest point above sea level, located in the center of South Velley. The current official elevation is 428 m. It was first climbed by a team of geologists and mappers led by Alfred Fairhorns in early 1961, and its peak was captured on May 6, 1961, followed by a second expedition in 1962 to accurately measure its height. 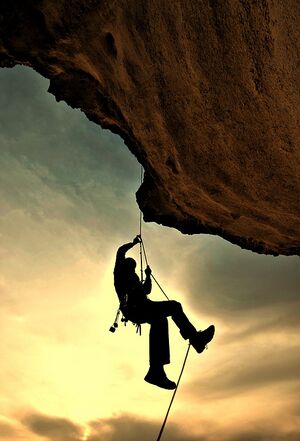 Rosland goldmine complex was belongs to Kimberler Precious Metal Holding which under contract with Government of Springmont located at north-east of South Velley complex.

Mount Fairhorns was under jurisdiction of Rural Development Service, Ministry of Internal Affair

Rural Development Service grants a summit-climbing permit only to climbers who stay at Fairhorns Mount Climbing Post. Due to the limited number of beds at the Fairhorns Mount Climbing Post, only 40 persons are allowed to climb Mount Fairhorns per trip with local guide.
Retrieved from "https://melayu.miraheze.org/w/index.php?title=Mount_Fairhorns&oldid=913"
Categories:
Cookies help us deliver our services. By using our services, you agree to our use of cookies.